I love the Clone Saga. I didn’t even really read the thing when it was coming out and yet every couple of months I come back to it.

I think part of it is that it so perfectly encapsulates 90s superhero comics, 90s Marvel in particular. It was a germ of an idea that was supposed to be a finite story until the non-creative, business types got involved. It was initially devised as a way to imitate the success of DC’s “Death of Superman” story. It’s everything we’ve come to expect from corporately owned comic books.

That, in and of itself, is fascinating, particularly when you consider the wonderful information you can find online, specifically on the fantastic Life of Reilly blog. You can really get an inside look at how it all worked and where it all went wrong.

I don’t think that would have been enough to suck me on its own, though. No, my weakness is for stories that have a glimmer of goodness that was somehow suffocated by horrible execution. That’s what gets me. That’s when I start rewriting things in my head, as if I could go back in time and fix it all.

I think that’s what a lot of people miss about the Clone Saga: there was a solid idea in there, even if it was poorly planned from the start.

Let’s get this out of the way first: the Spider-man books were in something of a rut leading up to the reintroduction of the clone. At one point, one of the main story lines was that Mary Jane had started smoking, so not exactly edge of your seat type stuff (unless you actually believed that Peter’s parents had returned). So Spider-man going to a dark place wasn’t necessarily a bad move, particularly given the trend in superhero comics at the time. But that angle only works if something brings him back to where he was before. 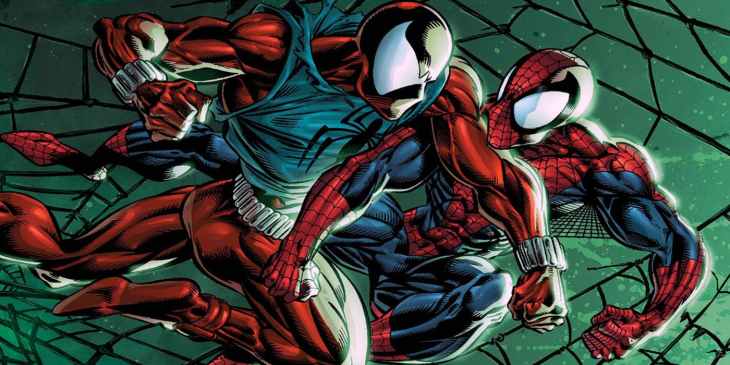 Ben Reilly aka the clone aka possibly the real Peter Parker could have been the perfect thing. But even from the start, the creators botched it.

The initial plan, according the Life of Reilly blog, was to have Ben revealed as the true Peter Parker, ostensibly allowing the books to reset and make Spider-man relatively pure again. This was to happen after only 7 months, if you can even imagine that.

It was crazy to think that anyone would have been okay with Ben replacing Peter, let alone handling the logistics of giving Ben Peter’s life. I mean, even the impact on the IP would have been an issue at some point. Spider-man is Peter Parker; that’s the way it will always be.

Using Ben as a reflection of Peter to pull Peter back from the brink is a solid story idea. It actually could have been something great, particularly if Ben was, say, de-powered but remained a part of the cast, one of the few who knew that Peter was Spider-man.

At various points they toyed with the brother angle with Peter and Ben and it was very nearly great, but it was abandoned too quickly and handled poorly when it did come up.

But much the way that giving Buffy a sister in season 5 of her show, giving Peter a brother would have led to all sorts of potential stories, particularly given that his brother had once had the same powers and, well, basically looked exactly like him but with blonde hair.

And this is the frustrating thing about the Clone Saga: that it could have been so good.

I also really liked the Clone Saga because it would have been given us some actual change in a superhero comic. The issues after Peter leaves and Ben becomes Spider-man are some of my favorite because I was completely on board with the idea of a new Spider-man. I though the initial idea of replacing Peter was a bad one, but once it had been done, I was all in. Had the creative teams been all in as well, then perhaps something great could have come from the new status quo. As it stands, they were simply treading water while trying to figure out how to bring Peter back.

And, yes, I know, only a crazy person expects actual change in a corporately owned superhero comic, but it does happen. Not often, mind you, but enough so that I keep waiting for it to come again.

The true beauty of the Clone Saga is that it will only get better with time. That’s not to say the stories themselves will actually seem any better, but the idea becomes more appealing. The willingness to try something bold and to stick with it well beyond reason becomes more commendable.

It will forever be the most bizarre corner of the triangle complete by the Death of Superman and Knightfall, an essential piece of crazy 90s superhero comics that we can’t live without.

2 thoughts on “Why are people obsessed with the Spider-man Clone Saga?”