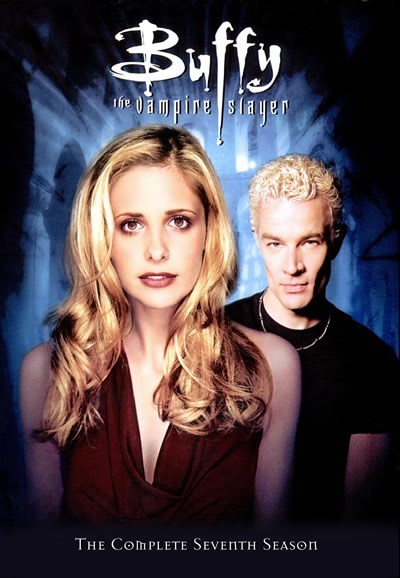 The season premiere is probably the most metafictional episode in the show’s history, and with good reason. Joss Whedon addresses the problems of Season Six head on, practically speaking directly to the audience. The “magic is like drugs” bit is dismissed in one line. Dawn suddenly starts acting like a teenager and not a child. Xander and Buffy fall into the type of familial routine that makes perfect sense (but without romantic entanglements). And the ending does a fantastic job of tying together the previous six seasons by promising us big things for the final year.

Side note: When the episode originally aired, people questioned the “Big Bads” that the First Evil impersonated at the end. The issue was that Drusilla was one of them, when most people consider Angel to have been the “Big Bad” of Season Two. But Drusilla is the motivator behind everything that happens in Season Two, even being indirectly responsible for Buffy and Angel getting all groiny with each other, so I think it works.

The first seven episodes of Season Seven (maybe that’s a sign?) are, by and large, quite good. The “Selfless,” “Him,” “Conversations with Dead People” trifecta is a great run, and showcases all the best qualities of the show. “Selfless” delves into Anya’s past in a way we’ve never seen before, and walks a fine line between comedy and drama. On paper, “Him” should be horrible, but it’s so well executed that it’s one of the funniest episodes in the history of the show. “Conversations with Dead People” is intense from start to finish and raises the stakes for the entire season.

Honestly, after “Conversations with Dead People,” I felt like the show had returned to greatness, and this, its final season, could end up being its best ever.

But then it all went to hell.

The show became entangled in a quest to become something it’s not.

The potentials storyline is not, in and of itself, bad. If anything, it takes Buffy’s story to its logical conclusion. It’s taking the fact that she is something of a new generation feminist icon in the real world and making that literal in the fictional one. She is empowering women with actual super powers. Sure, it’s a little on the nose, but it fits with the show’s framework. The problem is that the introduction of a “Slayer army” becomes a logistical nightmare.

An army needs an enemy, and The First’s assassin priest guys (“Harbingers”) are perfectly fine. They’re introduced from the very start of the season and they do a decent job of carrying out The First’s wishes. But they’re not lethal enough to be a real challenge to Buffy, so in come the Turok-Han, or “uber-vamps,” as the gang calls them. Giles claims that the Turok-Han are what Neanderthals are to humans, which, sadly, makes no sense. The vampires of this world take on the physical form of whoever they possess. They don’t evolve. It would make more sense if the Turok-Han were the physical forms of the vampires in the other dimension, the bodies they leave behind when someone is bitten.

But that’s actually a minor quibble, all things considered. The real problem is that it takes everything Buffy has to defeat a single Turok-Han, and that’s after she has her ass handed to her the first time around. Why is that a problem? Because, in the series finale, the Slayer army is able to take on an army of Turok-Han that outnumber them by at least ten to one. Based upon what just one Turok-Han could do, the Slayer army should have lasted all of about ten seconds.

Whedon himself addresses the issue in the commentary for the finale, saying he thought the story trumped the continuity problem. He’s wrong. Yes, there are plenty of examples of story trumping continuity errors, but this one was so painfully obvious that it made the entire finale battle seem ridiculous. Given that this is a world of magic and mystical weapons, how hard would it have been to incorporate a spell of some kind that either de-powered the Turok-Han or amplified the new Slayers? After all, they’d already introduced the axe, which was something of a deus ex machina on its own. 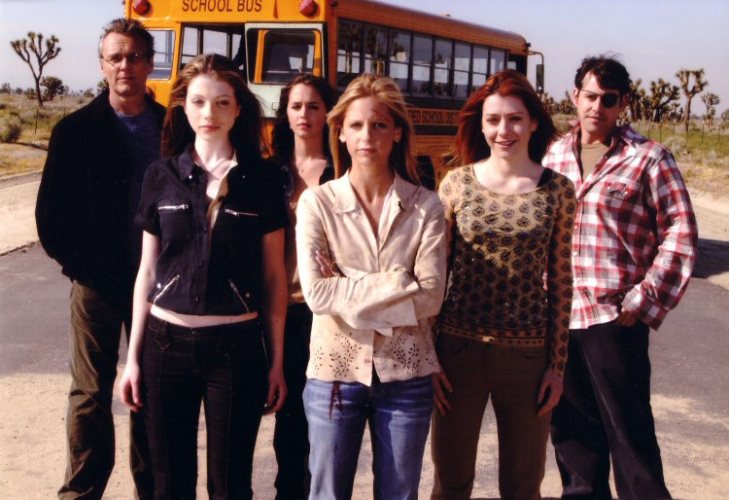 Worse than the Turok-Han, however, was Caleb the Evil Priest. Because if you’re going to create a bad guy to go up against a strong female, it should be someone in religious garb. And, hey, if he’s religious, he should totally be from the South, too, because those religious types from the South just hate women. I like Nathan Fillion as much as the next guy, but this was an unfortunate role for him.

Bad villains don’t necessarily mean a bad season, though. The problem is that from about Episode Eight on, the show is more or less only about the coming war with The First. It drags on endlessly, to the point where it seems like every episode features Buffy giving a painful speech to the Potentials. The mystery of whether Giles is the First or not isn’t remotely suspenseful, as the answer is obvious from the start. In fact, it’s also dragged on so long that it makes no sense; days (on the show) go by without it being addressed, and there’s simply no way he would have gone that long without touching a single thing. Also: Dawn speaks Sumerian. I don’t know.

Perhaps most infuriating is the return of a problem they had towards the end of Season Five. Yes, I realize that Buffy is the main character. I realize that she has a wealth of experience that she can share with the Potentials. That’s great. She should totally train them. But when it comes down to planning a war — a war that involves dealing with multiple supernatural elements with deep roots to the past — she is not the best qualified.

That would be Giles. And I know that a lot of people would have freaked out about the older man leading the army of young girls, but that’s the situation we were dealt. Buffy is still the field general, Willow is still the key to the plan, but Giles should have been the guy who organized it all. Instead, we get the group divided up into pairs that featured Giles teaming up with principal/vampire hunter Robin Wood, and de-powered, untrained Anya teaming up with non-powered, meek Andrew — because those teams make sense.

That’s not to say that the last 2/3 of the season were all bad. The return of Andrew is nice. Bringing back Faith is good. Some of the Potentials had, well, potential. Dawn is substantially less annoying than last season. I don’t hate Kennedy the way that most of the Buffy fandom hated Kennedy. It was good to see Angel.

I don’t know. It was a disappointing way to end the show. But I won’t lie: I still got choked up. Buffy the Vampire Slayer has meant an awful lot to me over the years. I’m still friends with people I met because of this show. I’m still writing about it a decade later. I’m still re-watching it.